“[E]very electronic representation of text is an interpretation” (Paul Eggert, Securing the Past, Cambridge UP, 2009).

And an argument, many say. Are these points obvious, or absurd?

Modelling: Our notions of modelling a text are really inherent in textual editing activities, but the theorising about modeling could point back to Willard McCarty’s insistence on the centrality of modelling in digital humanities projects (see his Humanities Computing, Palgrave, 2005). 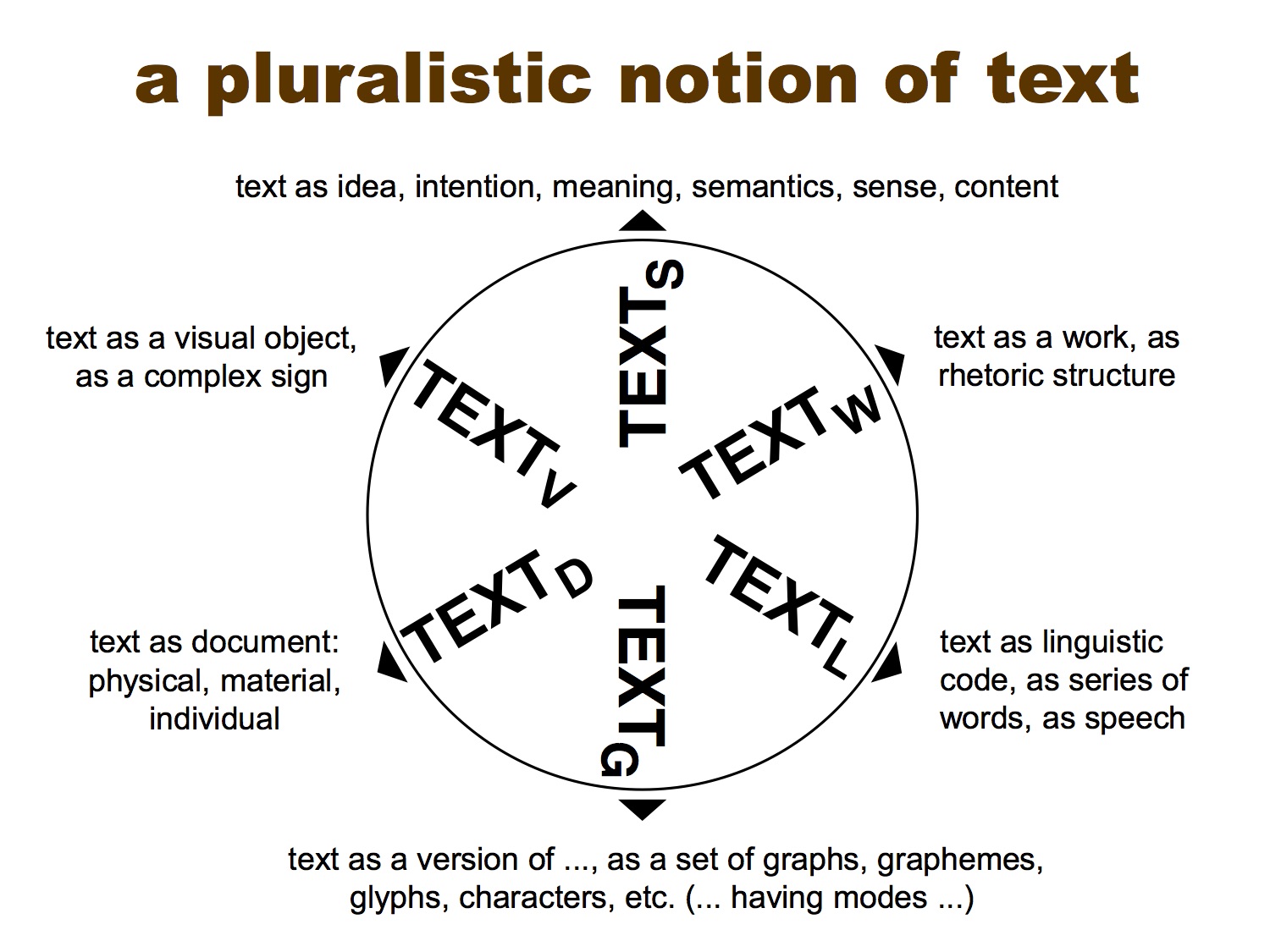 What do you think?

Sahle also provided a useful distinction of the ‘digitised’ versus the ‘digital’ edition. A work that is ‘digitised’ tends to mimic the codex––it is a page by page rendering. This form of digitisation is usually a PDF or even a hypertext marked up in html. But it is not interactive. A digital edition can only fully function in the digital realm––that is, if you have to print a digital edition, the edition would lose its functionality. The digital edition is more interactive

What really distinguishes the two?

Textons versus scriptons: one of the distinguishing features of digital editing. A texton is all of the data that appears in the text file, while a scripton is the text as it appears to the user of the edition (see Pierazzo, Digital Scholarly Editing, p. 34). Put another way, it is raw source data versus the output that users see in the interface.

For example: in a recent documentary editing project on incoming letters to Mark Twain as part of an 1884 April Fools joke, each person is tagged with a pointer to a “personography” (a TEI file listing biographical information):

The #JHS and #SLC attributes point to @xml:id attributes in a separate personography file:

The biographical information is also rendered as a network graph.

Clearly these kinds of data could not be printed out, and even if one attempted to print all of the biographical information and the network connections, one would lose the interactivity between texts and individuals and their various connections.

Here is a sample TEI template for a George Bernard Shaw letter in our manuscript collection (The Stirling Collection, Senate House Library):

You can also download the XML file by right-clicking here and saving the file (or the link as an xml file on your desktop).

Of course there is plenty more information that you could encode to properly represent this short letter document. What else would you include, and how does it fit into your text model?